Welcome to the Platinum Gaming Forum.

You may arrest someone if:

You may not arrest someone if:

- Do not disrespect/harass/troll/be racist/etc.
- Do not hack/exploit/cheat/cause crashes.
- Do not spray inappropriate images.
- Do not mic spam.
- Do not chat spam.
- Do not impersonate staff members.
- Do not evade or avoid punishment (disconnecting in an admin situation can lead to a permanent ban).
- Do not voteban/votekick/demote if a staff member is online except for political reasons (for example demoting the mayor).
- Do not sit abuse (using alt+e to avoid threatening situations).
- Do not replenish your armor during raids or other active combat situations.
- To contact an admin use @ "Message".

- Goverment officials (Mayor, Police, SWAT) are not allowed to have money printers.
- You cannot kill yourself to evade a roleplay situation.
- Corrupt Police force / SWAT / Mayor is not allowed.
- Do not RDM (Random Death Match) (This means you cannot kill someone without a proper roleplay reason).
- Do not break the NLR (New Life Rule) (This means you "forget" everything what happened after you die and you have to play -
as a new person (you can't revenge your death etc.).
- The spawn is a Safe Zone, that means you cannot arrest, kill, rob, do hits, mug or kidnap in it.

- Do not FailRP. This is the act of failing to role play a job properly within the scope of the rules. If you are in a specific job requiring you to carry out specific duties and you are failing to carry out those duties, you will be demoted.
- Do not Random Demote. This is when you demote someone without good reason. You only need to
demote when a staff member is not available to help you and when a person has violated the rules in any way.
- Do not Job Abuse. This is the act of abusing a job for personal gain and avoiding your responsibility to RP as the job title you have selected (for example switching to gun dealer to buy yourself weapons then switching back to gangster, etc.).
- Do not scam anyone (pretend to sell items or services, then take the money without providing those items or services).
- Do not META Game (This means you cannot RP in /ooc (out of character) chat or benefit from the information you can acquire there).
- You must have a proper RP reason to place a hit (for example the person who you place a hit on has attempted to kill you).
- Do not spawn and use printers as a bomb or method of destroying and killing.
- You are not allowed to pocket printers.
- You can't put props/cameras/entities in other people's bases without their consent.
- Gangsters and Thieves can only mug once per 5 minutes and only for a maximum of 2.500$. It's not RDM if a victim who refuses to pay gets shot.

- Your base must have at least one entrance that is possible for thieves to lockpick. You are allowed to propblock excess entrances such as windows and extra doors.
- Door titles (setup by clicking F2 on an owned door and selecting "Set door title"): set the title as "Enter = KOS" if you want to be allowed to kill intruders. Set the title as "Building" (if you see that sign on a door, you're not allowed to enter/raid the house).
- Do not build anything that gives you a ridiculous advantage over people breaking into your base.
- You must have one keypad or button on each side of a fading door.
- You cannot have a fade time on fading doors less than five seconds.
- There is a maximum of two fading doors per entrance and one per printer.
- Do not acquire more than two buildings or properties.
- You cannot have money printers while you have the door title "Building".
- You cannot have invisible props or entities. Every part of your base must be visible.

- You're not allowed to raid a house which is being built at the moment.
- You must do "/ad raid/carjack" before you proceed.
- Thieves are allowed to break into houses alone. Gang members need to have a group of at least two people to break in.
- Do not raid the same base twice within 15 minutes.
- Do not mass murder everyone around the location of a raid (you may only kill everyone that owns a part of that base and outsiders if they interfere).
- Do not raid/join a raid as a Medic.
- Do not re-lock doors and/or fading doors with the intent on slowing down a raider.
- You must place an arrest warrant if you are raiding as a Police or a SWAT member.
- You must do "/ad raid ended" after it's done. 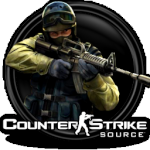